A film that follows a young boy and his journey in understanding the impact of our actions on the environment. The impact of a sincere action from a pure heart is more important than an empty action of no meaningful worth. Watch his evolution of understanding what he can do for the bigger picture.

Saimanish Prabhakar is a 17-year-old filmmaker of Indian descent who was born in Chennai, India but grew up in Dubai, United Arab Emirates. He has completed courses with Distinction on various editing software's which include: Adobe Photoshop, Illustrator, Premiere Pro and After Effects; which have all been attested by the KHDA (Education authority of Dubai). He started his film-making journey by creating two travel montages back in 2017-2018 and posted them on his Facebook page (SIMON BOI) which has over 67,000 views. Back in March 2018, Saimanish got the opportunity to film the Dubai EnSENble (UAE’s first Special Needs choir). He accompanied them during their performances at The Global village in Dubai and the Special Olympics MENA games in Abu Dhabi. During the summer of 2018, he got an amazing opportunity to work with Asteco (Middle Easts’largest property management company). He created three advertisements which showcased their luxury properties. He also created several induction videos for the company. His debut film 'flicker' won the 'Young Filmmaker Award' at Calcutta International Cult Film festival. The film was screened at the Cameo cinemas in Melbourne. It has also been officially accredited on IMDb. He recently released his 2nd short film 'Metanoia' which has won several awards at IMDb listed international film festivals in Los Angeles, India, New York, Russia,Paris and Italy. He has also been featured in the UAE national newspaper 'Khaleej Times'. Saimanish made his radio debut on one of the biggest radio stations in the UAE 'City 1016' (Biggest Bollywood Radio Station in the country). He also made an appearance on ‘The Night Shift Show’ with Mark Lloyd on ‘Dubai Eye 103.8 fm’ to get interviewed about his film ‘Metanoia’.

‘Metanoia’ is a film about an underprivileged young boy and his journey and the change in his way of life to make a difference towards our battle in saving the environment. I took a unique approach on a celebrity donating a large cheque towards a turtle conservancy and antagonize her by revealing that her own daily practices towards the environment around her does not correlate to the intended positive message that she is trying to spread. The cheque that she donated was a publicity stunt. We then focus on the young boy who commits a mistake and regrets his actions. He decides to change his ways and understand what actions he can take to make a positive difference to the environment. That journey is called ‘Metanoia’. I decided not to use any form of speech or dialogue in the film as I didn't want to restrict the film to a specific audience. I want the powerful message of the film to reach a wider audience by breaking all the language barriers and uniting all of us in this journey to save the environment. In this film we’re trying to address that “Giving is not just about making a donation, it’s about making a difference.” And everybody can make A DIFFERENCE. 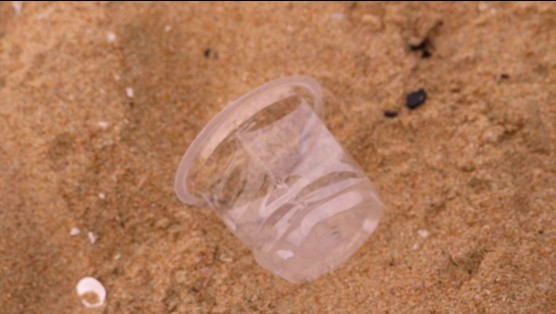