LALO AND THE NAKED MAN

"Lalo is a skilled carpenter who lives with his wife Lela in an abandoned village. Their quiet lives are gradually affected by strange situations and ghostly apparitions of" time travelers ": the Selk'nams, who make contact with the desecrated Lalo and Lela, so the grandparents are witnessing an amazing Hain ceremony and how the Selk'nams survive in this age. "

Javier Castro is an advertisr who loves CInema, started making experimental short films and developed into Features.
He directed Sausage Kid, a film that was promoted all over the world as part of Chilean Cinema Agency.
He premiered Horse Dude's North at the Berlinale, The Offspring at Insolito, Peru and Tanu in London.
For over 4 years he was obsessed with Lalo and the Naked Man, his most ambicious project. 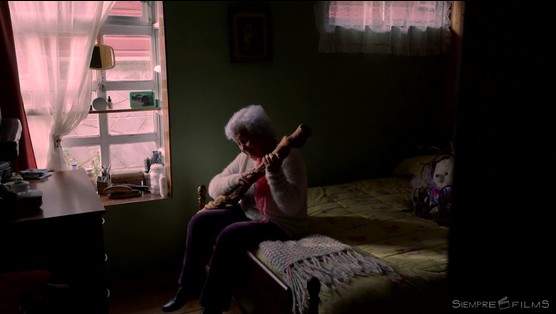