Inspired by female "superheroes" Lara Croft and Nadia Comaneci. LADIA is an experimental dance film where pain, exhaustion and will power become part of a female solo fight/dance.

What is hidden behind all the hours of sweat and hard work required for an athlete woman to reach perfection? Abused by the constant struggle for flawlessness and external approval, Ladia (Sandra Kramerová) denies herself as human, but the exhaustion and her human limits finally catch up to her. Inspired by female ¨superheroes¨ (La)ra Croft and Na(dia) Comaneci, Ladia is a woman who dedicates all her effort to win the game, where the only game is to win over herself. 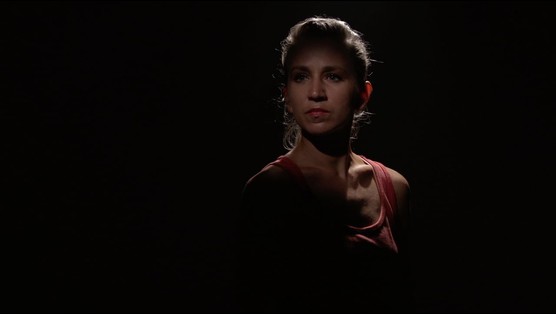