When a free-spirited sophomore gets rejected from the music program at his rigid university, he must find a way to achieve his goals independent of the collegiate system and become the
acclaimed hip-hop artist of his dreams. No matter the cost. Join Kesler as he embarks on his journey to freedom and uncovers the secrets that lurk underneath the structure of his university in this deconstruction of the American college institution.

Traemani Hawkins, Writer, Director, and Producer. Traemani Hawkins is a filmmaker based in Raleigh, NC. He graduated from NC State with a degree in Communications with a concentration in Media in May 2019. In college, he formed a positive hip-hop group called Symplicity which they later turned into an LLC. After graduation, he immediately began pursuing his dream of becoming a film writer and director by making his own project. “Kesler” was born out of the experiences of him and his friends and co-founders of Symplicity Productions, LLC had in college. With this film, Traemani aims to call attention to certain aspects of the collegiate system that aren’t being discussed, but affect most students today. In the future, he hopes to continue to challenge the status quo through provocative filmmaking.

I made this film to cause people to think about the collegiate system that hasn't changed much in years. There are many aspects of it that simply don't work for our generation, and my film aims to highlight a few.

I hope that the viewer will have an entertaining and insightful experience that makes them relate their own experiences to that of our main character, Kesler. I also hope that it will spark conversation about the collegiate system or add to the already ongoing dialogue. 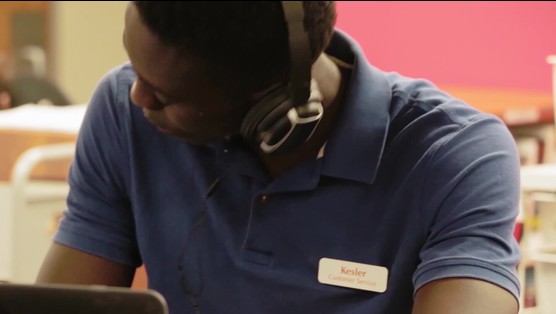