Five young bohemians try to adapt to a life in the city that does not convince them when they start living in an old house surrounded by nature. The imminent but uncertain demolition, the spirit of camaraderie and an austere abundance that floods the house, prompts them to continue on their way in directions more aligned with their inner balance.

"Nothing exists entirely by itself, everything is in relation to everything else". Buddha

In the 1960s, the father of cell cloning, the doctor of molecular biology Bruce Lipton discovered that cells have the natural will to grow, to develop. However, more important than their intrinsic nature is the environment in which they are found. In other words, the context conditions the cell more than its own will.

Personally, I understood the power of the environment when I discovered that having lived in the shared house where we later filmed “La Provisoria” had changed my life for the better. Without even having socialized so much, without the express need to tell about my personal problems at home or to play psychotherapy.

Could it be that the jasmine on the patio tree heal me? What would the sound of a ripe avocado falling rapidly through the leaves relieve me of stress? Something as simple as a roof, basic food, nature, living quietly without being judged. "La Provisoria" is a reflection of the spirit that was conceived in that house. It did not matter the social origin and the burdens of the past. The house sheltered you. Each inhabitant had that impression, and among the hundreds of people who circulated on weekends, at the festivals we organized, it was normal to hear conversations about the house as an entity with a life of its own.

The concept of a bad apple is popular and it is known how much damage a group of toxic friends can do, especially in youth. And if we show an authentic and positive movement, which is present in almost every country in the world? In the underground of the city, in hostels, campsites, shared houses and rural communities, it is happening today: young people who seek to live outside the system, no longer in a plan of war, but from a perspective of connection with oneself, others and nature. A philosophy of life that began in the 60s and that today, far from disappearing, grows among millennials and centennials, one of the most numerous movements in the world, which, however, did not have a history that represented it in the cinema. 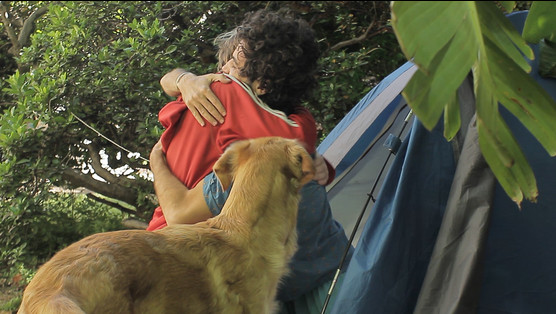