The movie is about the father of the director, Spyros, his life and experiences. He is the protagonist and narrator.

"Just Like Water" speaks about time and the circle of life.

The questions asked are, what is time and how do we perceive it? Do we really live the moments in our daily lives and do we give them their due value?

So, we follow a magical journey through time, embedded with vivid images of Spyros, grandfather, man, child ... A girl and a woman always there. A patchwork of images, accompanied by original musical composition, sketched in detail: it weaves the puzzle of a whole life nestled in the Island of Crete (Greece).

Manos Triantafillakis is a director and actor.

His latest film, Just Like Water, has won 70 first-place awards and 20 Honorable Mentions for Best Director, Best Producer, Best Writer, Best Cinematographer and all categories in international and domestic film festivals to date.

In 2020 he directed and filmed the theatrical play Cecé by Luigi Pirandello for the digital channel of the municipality of Heraklion in Crete: https://youtu.be/yx5pnbWm5Fg

He has participated as an actor to date in 30 theatrical performances, in 10 movies (short and feature), in 4 TV series and in 15 commercials.

He has made over 35 music productions - two of which have been released in international music collections. He has done music soundtracks in more than 10 theatrical shows.

Also he has worked for the radio for 20 years and as a dj for 25 years.

An important part of human life is time. It concerns him, it defines him. It all has to do with time running "Just like water" in combination with a life cycle that is constantly repeated.
The family is another important part in the course of his life. The place where he was born and raised. His place. His homeland.
I carry these precious pieces with me to this day. In my mind, in my soul, and on the screen. 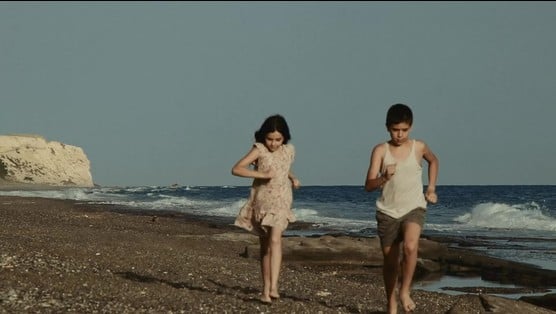