A cinematic travel montage of my trip to one of the most beautiful countries on the planet, Ireland.

Saimanish Prabhakar is a 17-year-old IMDb accredited award-winning filmmaker who recently graduated from high school in Dubai, United Arab Emirates. He has won several awards from different countries for his film’s ‘flicker’ and ‘Metanoia’. Saimanish has also been featured in the UAE national newspaper 'Khaleej Times'. He made his radio debut early this year when he got interviewed by Karishma Fernandes on City 1016 (UAE’s biggest Bollywood radio station). He also got interviewed by Mark Lloyd on ‘The Night Shift’ show on Dubai Eye 103.8 fm. Saimanish has completed courses with Distinction on various editing software’s which include: Adobe Photoshop, Illustrator, Premiere Pro and After Effects; which have all been attested by the KHDA (Education authority of Dubai).
He started filmmaking by creating two travel montages back in 2017-2018 and posted them on his Facebook page (SIMON BOI) which has got over 67,000+ total views. Saimanish got the opportunity to film videos for the Dubai Ensenble (UAE’s first Special Needs choir). He accompanied them for their performances at Global village in Dubai and the special Olympics MENA games in Abu Dhabi. Saimanish also got the chance to work with Asteco (Middle Easts’ largest property management company). He created three advertisements which showcased their luxury properties. He also created several induction videos for the company. Currently, Saimanish is working on understanding various styles of filmmaking and learning more about the craft itself. His hunger and urge for continuous improvement are reflected through his work. He hopes to pursue his passion for filmmaking professionally sometime in the near future.

Last year I travelled to Ireland and was mesmerized by all its captivating natural beauty. I wanted the country’s magnificent sceneries to be the focal point of the montage rather than the pubs and city life which one could argue is what Ireland is known for. Throughout the montage, I use unique transitions to surprise the audience and entice them to continue watching the rest of the video. The transitions help stitch the clips seamlessly and helps me create a smooth flow which makes the montage more satisfying to watch. Subsequently, the cuts in the montage are edited according to the Irish music that I’ve used which reiterates the smooth flow effect that I wanted to go for. I wanted the unique transitions to baffle the viewers which in turn would make them re-watch the montage to process what just happened.

*This montage is a quarantine project that was recently edited. I shot the montage last summer* 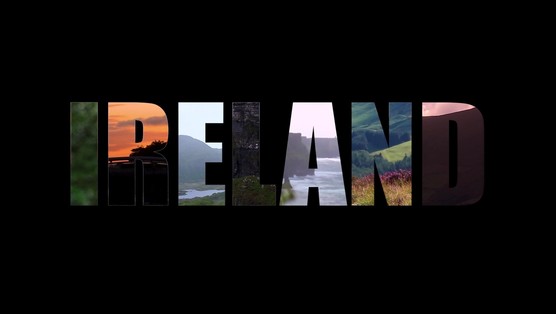