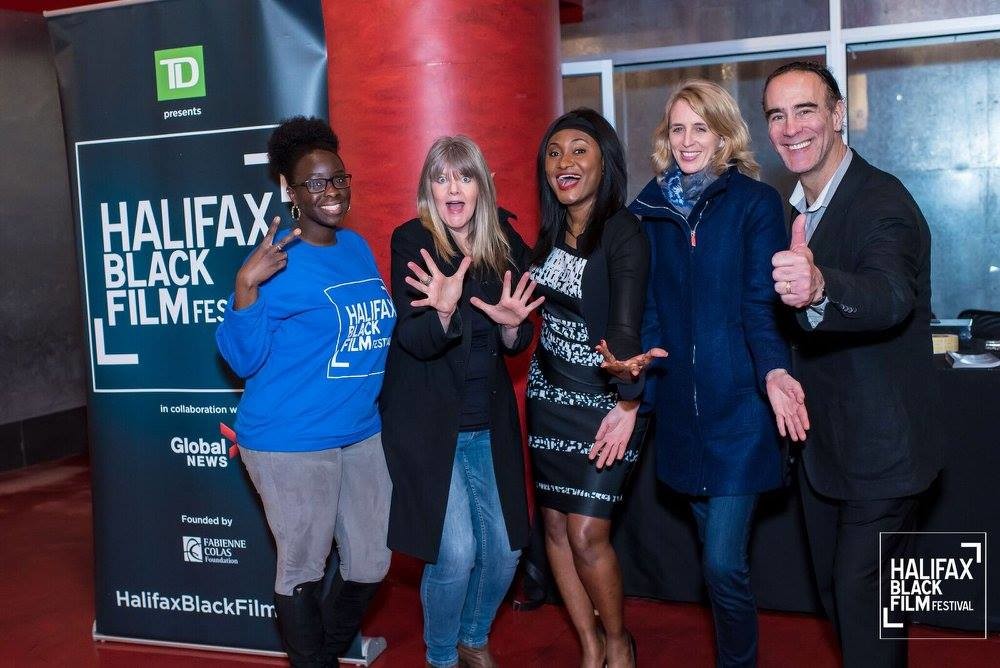 The Halifax Black Film Festival was created to give a platform to independent filmmakers from around the world to showcase there work. Film about Black realities from all over the globe can be seen and appreciate by everyone whos interested to learn about other culture. Plus we have great panel discussion on different issues.

I- GOAL The goal of the Halifax Black Film Festival (HBFF) is to: promote independent author’s films from Canada and around the world, promote cultural and cinematographic diversity within Nova Scotia, the Atlantic Region and Canada, promote Black cinema and stimulate the development of quality cinema, discover and encourage new talent, encourage meetings between Black filmmakers and professionals working in the film industry from here and abroad, cultivate opportunities for North-South co-productions, encourage the development of the Black Film Industry here and abroad.

III- SELECTION The Selection Committee selects and invites the films that will be presented in the Competition, Out-of-Competition, Retrospective, For a Certain Perspective categories… Only films that meet the following criteria may be selected and invited to be part of the Official Selection:

Must have been made in the 24 months preceding the Festival.
Must not have previously been distributed and/or released in Ontario theatres (unless an exception is made by the festival).
Priority will be given to previously unreleased works.
Must NOT have been broadcast on television or on the Internet.
Must NOT have been released on the market on VOD, Blue-Ray, DVD or else.
Must respect the goal of the Festival as defined in Paragraph I (GOAL).
IV-PROGRAM The upcoming Halifax Black Film Festival will include the following categories: Narrative features Documentaries Retrospectives Short Films Tribute

V-AGREEMENT Submitting or sending a film to the Festival implies that the producers or their representatives agree to these rules and regulations.

FILMS THAT HAVE BEEN REGISTERED AND SELECTED MAY NOT BE WITHDRAWN FROM THE FESTIVAL. The Executive Management of the Festival has the power to settle any cases that are not covered under these rules and regulations. Once selected, no film may be withdrawn from the program during the Festival. Invited films may only be shown in the Festival’s theatres until the Festival has officially closed.

VI- TRIBUTE By invitation only, this section is dedicated to the great men and women of cinema: Screenwriters, directors, actors, producers, directors of photography, composers, etc.

VII- EXCLUSIONS Industrial, advertising or educational films are not eligible for any of the categories (competitive or non-competitive). Racist, pornographic and political propaganda films, as well as films based on gratuitous violence, are not eligible.

VIII- PROMOTION AND PUBLICATION OF AWARDS Films selected to be part of the Official Selection agree to use the “Official Selection” logo of the Halifax Black Film Festival in all their publicity. By participating in the Festival, the award winners and distribution companies agree to use the Halifax Black Film Festival name or logo, as well as the award they received, in all their promotions and advertisements (posters, ads, etc.).

IX- DEADLINE The deadlines for registering films are available on the Festival’s FilmFreeway page. Registration, payment and film screener link must be done online through FilmFreeway.

X- AUTHORITY The President of the Fabienne Colas Foundation, the organizing body of the Festival, has the authority to settle any cases not covered under these rules and regulations. Submitting a film does not mean that it will automatically be selected for participation in the upcoming Halifax Black Film Festival. Only those films selected by the Selection Committee shall be screened. Participation in the Halifax Black Film Festival means you agree to abide by the aforementioned rules and regulations and respect the pre-selection conditions. These rules and regulations apply to all Official Selection categories (Competition, Out-of-Competition, For a Certain Perspective, retrospectives, invited films, other views, etc).

The Selection Committee of the Halifax Black Film Festival is exclusively responsible for the Official Selection and for deciding the section in which a film may be categorized: Competition (short and feature films), Out-of-Competition or for a Certain Perspective, other views, retrospectives, invited films, etc.

Films registered for Official Selection must meet the following criteria (except for retrospectives):

1) Individuals of any ethnicity (race) and from any country may also submit films to the Halifax Black Film Festival as long as the film meets ONE of the following conditions:

Deals with a Black reality.
Deals with a Black community.
Has one or several actors of Black origin playing in major roles.
Deal with a particular theme in the Festival.
2) In the invited films category, the terms and conditions for eligibility indicated in Point 1 above would not apply, due to the fact that these films are specially invited by the Festival for a very particular and special reason.

The deadlines for registering films are available on the Festival’s FilmFreeway page.
Registration, payment and film screener link must be done online through FilmFreeway by those dates.

Regardless of the equipment used to shoot the film (mini DV, super 8, 35mm, HD…):

For the pre-selection phase, all film screeners should be uploaded directly on FilmFreeway.

If your film is accepted, you will be asked to send a copy for public screening.

For the public screenings (in theatre), only the following formats will be accepted: DCP, Blue-Ray, MOV files.

The Selection Committee will view films:

Film copies (Blue-rays, DVD, DCP,): Must be sent by registered mail or via an express courier service (FedEx, DHL, UPS…) directly to the address indicated at the bottom of the registration form. Please indicate the following on the parcel: “For cultural use only” and “No commercial value.”

The transportation costs, customs duties and taxes on all films sent through an express courier service must be paid up in full when the package arrives at the Festival or the Festival will not sign the acknowledgement of receipt.

Film copies: The Festival does not return DVDs, Blue Rays or DCPs on USB keys, after viewing them. If you absolutely must have your Blue-ray, DVD or DCP returned to you, please indicate so and send us a bank or postal money order in the amount of CDN$75 payable to the Halifax Black Film Festival.

NB: Selecting a film for the Festival in no way guarantees that the film’s representative (director, actor, producer, distributor, etc.) will be taken care of (i.e. transportation to Halifax, lodgings, etc.).
The final screening copy MUST have English subtitles if/for any parts that are spoken in another language.