Gone Honor presents us McCree, a former Overwatch hero who now lives trying to forget his past days of glory. He, who was once a notorious member of an elite force, is now only a shadow of his own legend, facing the burden of his long gone friends.

Daniel Hidalgo (Leon, 1988) is an Spanish actor and upcoming director based in Madrid.
He's been acting since the age of 5 on several school theatre productions.
After majoring in Psychology, he started teaching and at the age of 25 Daniel started following his acting career starring in several musical plays and shortfilms.
At the age of 29 he started walking the directing path with Gone Honor: An Overwatch Story.

Gone Honor: an Overwatch Story is for me the culmination of a dream: telling my own vision of a story and bringing it to life with a full team. I had an idea about one particular character from de Blizzard's videogame that I thought would be great to tell.

We're always shown the bright side of a story, the winning side but even winners have to face some problems after a major event. That's what Gone Honor is about. I wanted to tell a story that took aside the glamorous aspects of the heroes and all their fancy stories so we can have a closer approach to reality. If you talk to people who have been involved in real life conflicts, like going to a war zone, you see that even back at home they have issues to deal with which go back to those experiences. That is what we wanted to show here.

I had a specific vision of what I wanted to achieve in terms of storytelling. The moment I started writing the script I knew that certain aspects should be on screen but you have to keep something out, you want the viewer to complete the puzzle. If you turn watching a film into an active process, people will get more involved and ultimatelly they'll pay more attention to all the small details.

There was a moment when we started working on the production design and had to decide different aspects regarding the locations, timing and all the aspects related to the costumes. We wanted to preserve the original look of the characters, but the general tone should be very different from the videogame. We then started scouting some locations and ended up with a great old western movie set. Everything had sense for us from that moment on.

There were also two important aspects that I wanted to have under control: music and visual effects. I didn't want anything too fancy. Both music and VFX should match the general tone of the film. So the music that our composer made was perfect to create that crepuscular feeling in the story. Then the VFX are just in the right measure to tell what we wanted to tell in an elegant way. 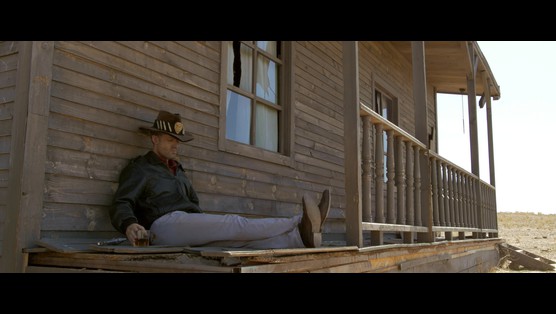