Flirting with Azrael is a 21st century Rocky Horror Picture Show that is a musical that visually interprets the music of John Tod Baker featuring all 12 songs from their 2015 rock album with the same title. The story follows a woman, who is abused and tormented by her alcoholic and adulterous husband, and the many ways she gets to kill him as a result of a re-animation clinic run by Azrael, the angel of death. The dark comedy horror musical gives homage to Beetlejuice, Sweeney Todd, and Young Frankenstein.

Flirting with Azrael features Kelly Shipe, a past standout in the Tarantino short film block at Raindance in London, the Soho International Film Festival in New York, and a previous winner of the emerging women filmmaker award at PictoClick in San Francisco. The film is directed by Douglas McDaniel, whose previous work has been seen in film festivals in Los Angeles, New York, Portland, OR, Branson, MO, Charleston SC, Cincinnati, OH and Kent, England.

Douglas Stuart McDaniel is the author of five books, a writer, director and producer of three feature-length films and a producer and director of numerous music videos, including Dixieghost at the Clermont Lounge (feat. the beer-can-crushing stripper Blondie, aka Anita Rae Strange), the Royal Hounds, and solo artist and former Judybats frontman, Jeff Heiskell.

Possessed with creative superpowers, by day he is also a writer and video producer in the nuclear, security, environmental, and civil infrastructure industry in North America, Europe, Africa, the Middle East, and Southwest Asia.

Previously working in London, England, he currently lives in Sharma, Tabuk, Saudi Arabia, where he is working on a not-so super secret futuristic project on the Gulf of Aqaba. He is also finishing the manuscript for his sixth book, The Dark Water Gospel: Mastering the Art of Fearlessness, with his Pulitzer-nominated writing coach, Steve Molton from New York's acclaimed Krueger Studio.

He previously lived in Knoxville, Tennessee, and currently has a condo in Savannah, Georgia.

Director, Douglas Stuart McDaniel, stated, “We couldn’t be happier to be working with Atlas Distribution Company. Their extraordinary commitment to the project and their consummate professionalism are everything we hoped for in finding a US distributor. Until the pandemic subsides, our theatrical release with Atlas may be on indefinite hold, but we look forward to a successful festival run before we go forward on theatrical and subsequently streaming domestically and internationally."

“We are incredibly excited to be working with Douglas on the distribution of Flirting with Azrael. His cutting edge cinematic interpretation of Baker’s music is entertaining, and, during this unprecedented time of disruption in the film industry, we are very much looking forward to bringing this picture to fun loving audiences that want to engage with the action on the screen,” said Harmon Kaslow, President of Atlas Distribution Company. 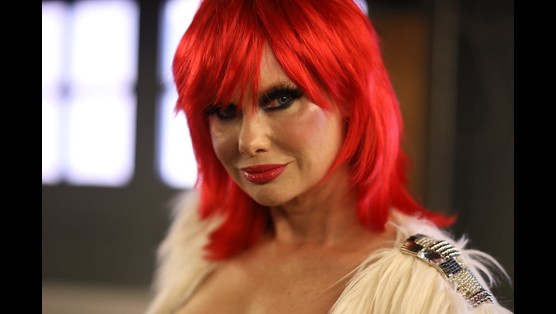