“What is the secret?” is a question the members of Secret Of Boris are constantly asked. The standard answer is, “That’s a secret.” The truth is much deeper and darker.

In 2010, the Dallas, TX heavy music scene inspired Secret Of Boris to form from the ashes of LaME., which featured vocalist Cameron Taylor, guitarist Paragraph Taylor, and drummer Ryan A. What was to be the follow-up to 2006’s Nothing Ever Works became SOB’s debut, Your Ghost released independently in 2010, and 2015 on Cabo Records. Between, SOB self-recorded an ill-fated, almost finished, never released follow-up EP. Paragraph Taylor, co-founding guitarist, co-writer & programmer, left in tumultuous fashion late 2012. Secret Of Boris found guitarist Ryan Byrd to open for Guns N’ Roses in 2013, re-releasing Your Ghost 2015 on Cabo Records. SOB parted ways with the label & their longstanding bass player in 2017.

After spending several years in Vallejo, CA and forming his own band, Manifestiv, Paragraph Taylor returned to Dallas in 2018 and began to fill in between their tours on bass for Secret Of Boris, and recorded “Make It Out” & “Don’t Mention Love” with them. While out, Paragraph suggested life-long collaborator Kevin Porter to fill in. SOB liked him so much on bass, Paragraph moved back to guitar by the year’s end, making the band a quintet.

Immediately clear the five had unlocked their strongest, lowest, angriest & most dynamic sound yet, along with renewed focus and determination, Secret Of Boris entered the studio 2019, writing the full-length Your Ghost follow-up for an intended 2021 release.

Artist Statement
“This song had been kicking around for quite some time. I wrote the synth intro and verses long ago, and they were always something the band was excited about, and the chorus went through several small changes, but the bridge always gave us trouble. We would work on it, and then move on to other things, but it kept getting brought up. Finally, we landed on what you hear today, which ended up being a pretty emotionally intense part of the song. I’m glad we stuck with it.” – Cameron Taylor (Vocals)

“The recording of DML was magical as it was right after I rejoined SoB. I’d experienced my first North American winter in a few years during a previous recording, so DML was my first back with the group not literally under the weather while in the studio. However, the video shoot was a beyond epic day filled with fun alongside Little Spark Films’ rad job on the video. My favorite part was how, beyond our photo shoot in ‘18 w/Shelton Enlow, it was the first recording Kevin officially with the group after all he’s put into the new material. We can’t wait to release more with his inclusion. He’s the entire reason I picked up guitar in the first place.” – Paragraph Taylor (Guitar)

“Although I was not a part of the writing or recording of DML, as soon as I heard the song I was instantly hooked. As I have come to expect from SOB this song is one of the best. Anger, sadness and heaviness are what draws me to music. The song has all of that. This is why shooting the video was so effortless. I don’t even have to try and make the audience believe that I am enjoying myself while performing, be it on stage or in front of a camera. Shooting the video (and sharing the stage) with decades-long friends is one of the greatest experiences I have ever had.” – Kevin Porter (Bass)

Joe Manco studied media technology and communications in Las Colinas of North Texas. Since then he has worked on numerous projects including working for SHUDDER / AMC on The Last Drive In with Joe Bob Briggs and as Frist A.D. for the feature film Corsicana. Manco is also an award winning filmmaker for his work on the Paul Kane short THE TORTURER.

I have always loved Secret of Boris (S.O.B.). I grew up with the band in Irving, Texas. They were always an inspiration and the life of the party. So when they approached me make them a few music videos I immediately jumped at the opportunity. The first video I shot for them was MAKE IT OUT. It was produced on a shoe string budget on a t3i DSLR. A lot of work went into that and the response to the video was out of this world. One the second go around I had already made THE TORTURER and I wanted to keep using the RED cameras. So I pitched them the idea of this upgrade and they went for it! This is my favorite music video to date and probably still one of my favorite songs. Don't Mention Love is a great jam to dance, fight, love and party to. It's an all around amazing tune. This is what artist can make simply for the passion of it all. Secret of Boris is an amazing band to see live let alone work with. I hope if we get a third chance to do something like this we have some one to give them the budget they deserve. 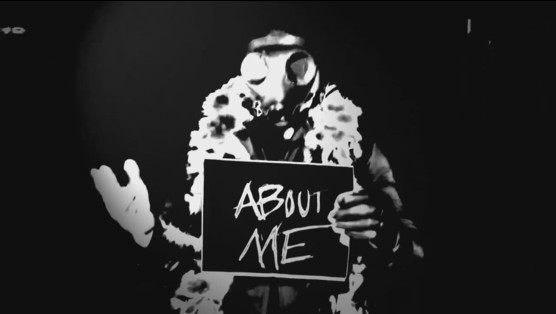