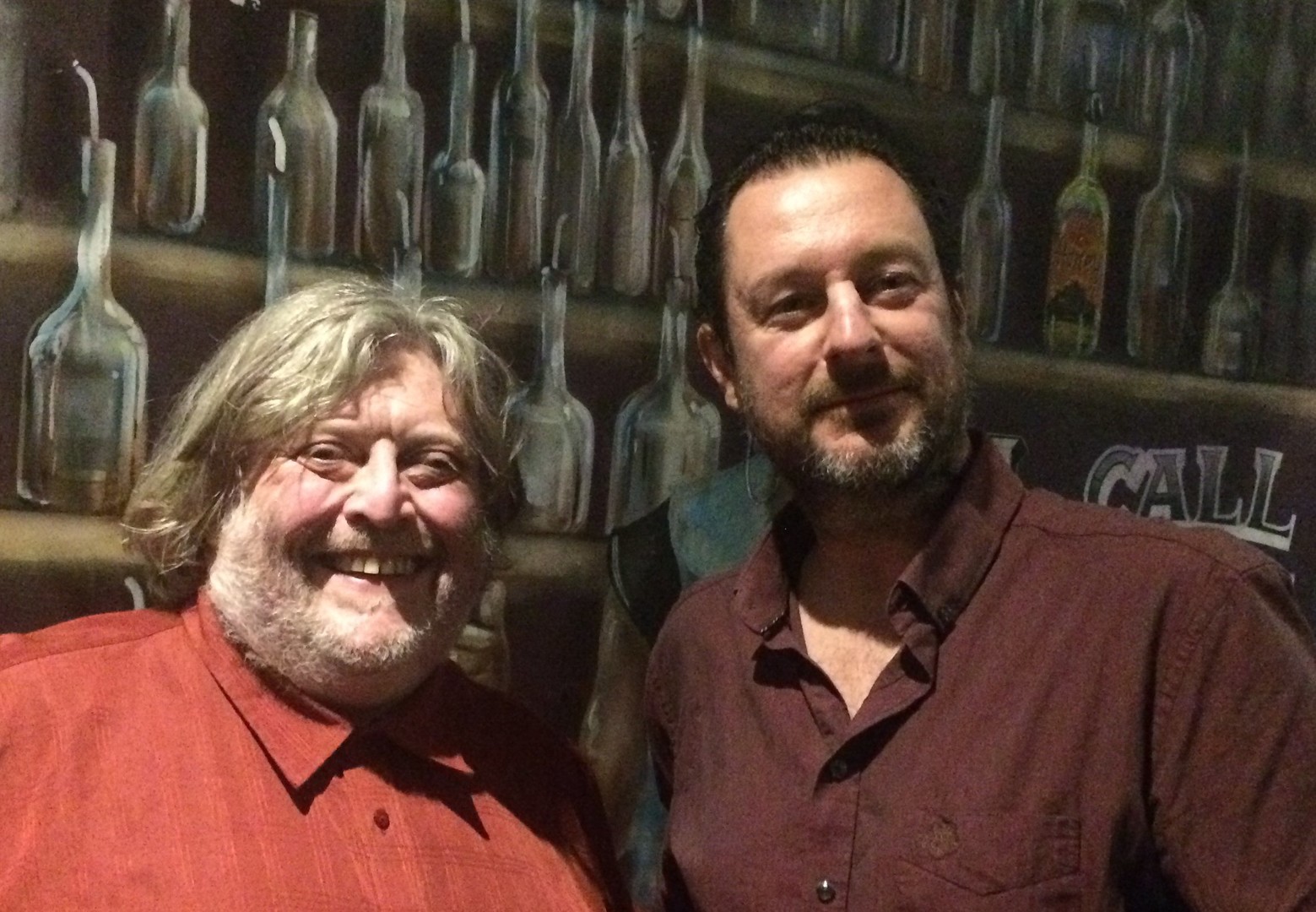 It is with deep and sincere regret that we have decided to cancel the event due to be held aon 10 March. A number of separate issues, added together, made it impossible to get everything organised in time, and ticket sales were much lower than anticipated. Our apologies to those who planned to attend, to the film-makers whose work we had hoped to showcase, and to our chosen charity, Diabetes UK. Finally, our thanks to David Mann and his team at the Victoria pub, who have been extremely generous and supportive throughout.

Please note that all submission fees will be returned in full via FilmFreeway, to whom we also offer our thanks and apologies.

Launched in 2015, the group's honorary president is the acclaimed author and film critic Ramsey Campbell. Our special guest at the 2018 event was Irish film-maker Simon O'Neill (pictured above, right, with festival organiser Steve Green), who flew in to accompany his documentary on Italian director Giovanni Simonelli, The Man with My Name. We were also delighted to present a rare screening of the fantasy Selkie, produced by and starring popular Horror Channel host Emily Booth.

Now rebranded as the Birmingham International Horrorshow, the event features horror and dark fantasy shorts from across the globe, with ticket sales benefiting the medical charity Diabetes UK.

This year will also see the launch of our James Whale Award, named in honour of the local lad who went on to direct such horror classics as Frankenstein, Bride of Frankenstein and The Invisible Man. The winner will be chosen by the audience.

Born in Dudley (10 miles west of Birmingham) in 1889, James Whale was an actor and theatrical director before stepping behind the camera for the WW1 melodrama Journey's End (1930). He is now best known for four classics of early horror cinema: Frankenstein (1931), its sequel Bride of Frankenstein (1935), The Old Dark House (1932) and The Invisible Man (1933).

The James Whale Award will both honour a pioneer of the genre we celebrate and offer our audience members an opportunity to give the film-maker(s) responsible for their favourite entry a well-deserved pat on the back. The winning film will receive a special certificate featuring a portrait of the director.

By submitting an entry for consideration, you are affirming that you have the legal right to do so and consent for the film to be screened at our event if chosen, as well as for images from the film to be utilised as we feel necessary in promotional material. In addition, you agree to indemnify the organisers in any dispute over copyright, such as the use of music from non-public sources. In turn, we promise not to infringe your rights by uploading your film to any kind of publicly accessible library or similar resource. Please note any decision by the event organisers regarding which entries are selected for screening is final and not open to discussion.