A young bear resists nature's call to hibernate to experience the mysteries of the changing seasons.

Cherry Zhou is a current graduate student studying animation at the Savannah College of Art & Design as well as the Director & Project Supervisor for SCAD Animation studios first feature, Bearly. On the film, She oversaw all aspects of production and worked very closely with the 3D animation team to create the memorable sequences seen in the film.

Her past experience includes being a software engineer at Amazon, a production assistant for 3D animation series "Buddi" streamed on Netflix, and the producer and animator for two 3D animated student films "Fish Out of Water" and "Con Amore".

"Acting as Director/Project Supervisor on Bearly has truly been a standout experience for me. What makes this project so special is that it crosses new territory for SCAD, as this is the school's first film under their new studio branding. Directing a musical was also something that intrigued me about this project, as this genre is rarely attempted in the animated short circuit. I am sincerely proud and honoured to have led such a talented group of artist in the production of SCAD Animation Studios' first film." 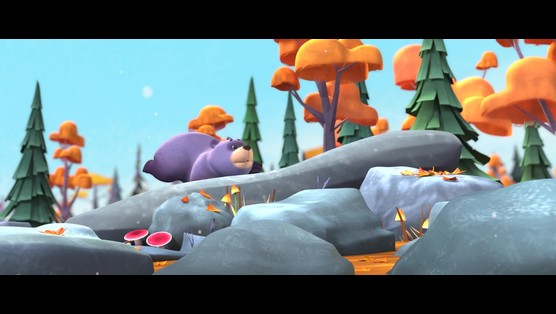