Athens, humans, animals, everyday life, coexist with the desperate and furious voice of Panagiotis, and the disregarded gentle speech of Apostolis.

George Danopoulos studied sound theory and film history
at Papantonopoulou School in Athens, Greece. From 2001 through 2013 he worked at the Greek National Opera as sound engineer and cameraman. At the same time, he became involved in photography. Very soon he professionally collaborated with various publications, such as Lifo, covering social reportage issues.
He has also participated in photography competitions and exhibitions, such as the Athens Art Puzzle.
In 2010, on his own initiative, he made his first directorial attempt filming the documentary "Operetta your world", in order to support the operetta performances of the Greek National Opera. He did so because the secondary stage of operetta performances at the Acropole Theatre was about to close.
Since then he has worked in film and television productions as a photographer and videographer. He has created video clips and theatrical trailers, has collaborated with foreign agencies such as Sipa Press for productions in Greece, and has participated in the training programs of the Caravan Project.
In 2018, he completed the short documentary "Rita". It is a film that thoroughly studies a prostitute character in a brothel located in Athens. So far, "Rita" has participated in 25 festivals both in Greece and abroad. “Rita” has received awards in 7 of them. The most important ones among them are: the award for best documentary at the Unfiltered Cinema in Minsk, Belarus, first prize at the13th Documentary Festival of Chalkida in 2019 and the grand prize of the committee at the 4th IPAS Independent Film Festival in Athens, in which George Danopoulos has been nominated member of the jury, for the year 2021.
"Rita" has been broadcast three times on the Greek public television channels ERT 2 and ERT 3.
In 2019-20, he collaborated with director Christos Pitharas as director of photography in the short documentary film “BadLand” of the latter. This short film is an artistic approach, regarding the fire disaster in Mati, a coastal urban area east of Athens.
“BadLand” has so far taken part in the 22nd Thessaloniki Documentary Festival, the 13th Thessaloniki TISFF Short Film Festival, the 26th “Athens International Film Festival - Premiere Nights” and the 14th PRVI KADAR international Film Festival in Sarajevo, where it was awarded as the best Direction.
In March of 2022 he completed the observational documentary, titled “A.T.H.E.N.S.”, which has been shot during the past three years. The film is an experiential approach and has to do with stories of people who live in Athens, providing a sensitive touch of their daily routine and activities.

I hope this film will draw viewers into an observation journey of Athens in the same way that I was carried away during filming, exploring its layers from a different perspective. And by different, I mean the personal way each of us regards and comprehends when letting ourselves be carried away by space, time, people, and animals that live and breathe among us.
Eventually the viewer may find that human activity in a big city creates a vicious circle of snapshots that run an unexpectedly anticipated, though highly interesting, social trajectory. 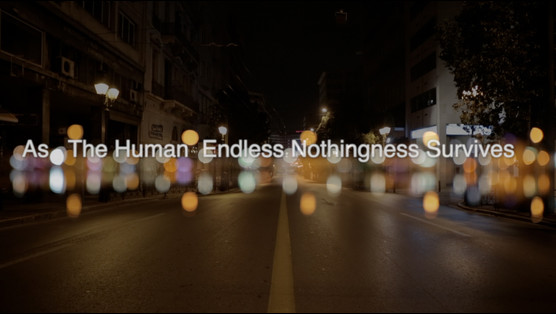